Set fire to the empire. 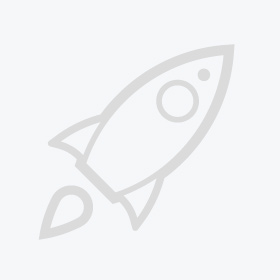 If you are looking to back a production company that has 2 of the most dedicated, driven, talented, organized, hardworking people at the helm, then your search stops at A Small Fire Productions. You can trust that Robin Rose Singer and Olivia Bosek will always follow through on their projects and without sacrificing their artistic integrity and quality of work they set for themselves. Their work ethic is second to none. As a fan of the cinema I would be glued to their projects and whats coming next. As a business partner, I would rest easy knowing they will always work their hardest and deliver.

A Small Fire Productions, headed by Olivia Bosek and Robin Singer is just what the industry needs. These two are so dedicated to telling great stories and can truly make it happen. I met Olivia years ago and immediately realized that she is special in the sense that she can make anything happen. Young, talented and incredibly driven, she has proven time and again that well thought action is the key. I have yet to meet anyone in my ten years in the industry as motivated and organized and fully believe in her ability to bring important works of art and successful entertainment to fruition. Their business model is sound and anyone involved with them will be lucky to be a part of it.

A Small Fire Productions is my ideal kind of company. They work extremely well with a budget without cutting corners, produce entertaining work that still remains artistic and original and most important, they listen! I've been lucky enough to work with Olivia Bosek and the experience was extremely rewarding. Her ambition is contagious and the projects we made together were a result of that ambition. The end result was something I am very proud of and I would love to see a Small Fire create more projects on a bigger scale.

I met Olivia when she was hired as a production assistant a couple of months before I shot my feature film, "The Forest Is Red." She was so resourceful, smart, sharp and talented that within days she was promoted to line-producer, and was instrumental in getting the film finished. We traveled to the International Film Market at Cannes later to see firsthand how the sales process worked, and I was impressed with her ability to form connections with colleagues and potential future collaborators.

Since then we worked together on other projects, and most recently I have been working with her in her position as post-production producer for a production company I often edit for. She is an excellent producer with huge, real world potential and I believe she would be an asset for your program.

If you have any questions please do not hesitate to contact me.
David Jakubovic